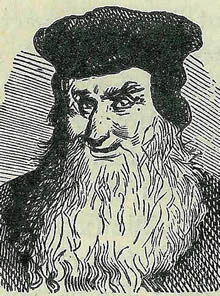 The extraordinary (and controversial) ascension of Scipio Sardini in France under the Valois dinasty (he became a sort of Minister of Finance of Catherine de Medici and later his son, King Henry III) resembles that of Mazarin a decade later with the Bourbons : Scipione was Duke of Buzancy, Count of Chaumont, married the beautiful Isabeau de la Tour d’Auvergne, and had a palace at Blois, and one in Paris (located rue Scipion, a street in the fifth arrondissement that still bears his name) and one of the most famous castles of the Loire, Chaumont sur ​​Loire!